The unique sedan that had already stunned the world with its creativity is here to change the game, all over again, year after year, decade after decade. Yeah, this is All-New City. To bring us to a wonderful new sensation, a new rush of supremacy. Making the most of total energy, convenience, power and connectivity.

Honda City’s fifth generation has been coming for a long time and the car will finally launch this month. With its current incarnation, the iconic mid-size sedan has gone through a significant transformation as compared to its predecessor.

With many unique elements such as full LED headlamps with 9-LED array setup and split tail light with Z-shaped LED signature, it comes with a more modern style.

The new City also gets a brand new dashboard interface with soft touch panels on the dashboard and gets a range of new features such as an 8-inch touchscreen display, Honda Connect app with Telematics Control Unit for over 32 connected tech apps, Amazon Alexa remote connectivity, ambient lighting, electric sunroof, etc.

The sedan will be sold with an option of 1.5 liter petrol engine and diesel engine. The petrol unit produces 119 bhp and 145 Nm while the diesel engine produces 98 bhp and 200 Nm. Both engines are offered as standard in conjunction with a six-speed manual gearbox but the CVT automatic transmission option is also available to the petrol model. 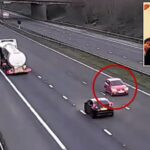