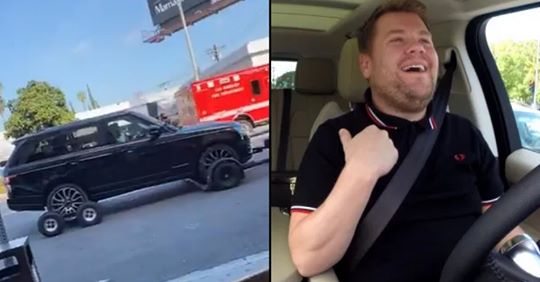 Fans have shared their shock after discovering the British TV presenter James Corden doesn’t drive his own car during the popular US show The Late Late Show’s CarPool Karaoke segment.

People were stunned after seeing a video on twitter of the presenter getting towed along during filming with Justin Bieber on Wednesday in Hollywood, Calif.

A fan snapped the CBS crew in action and posted a video on Twitter that showed the Range Rover on extra wheels being pulled by another big truck. “Saw James corden and Justin Bieber filming carpool karaoke and this is why I have trust issues — he is not even driving!” described the user.

The tweet quickly racked up 414K likes and 105K retweets, from disappointed followers of the popular show.

In response, someone said: “MY WHOLE LIFE HAS BEEN A LIE,” while another mimicked that saying: “Lol my life was a lie. I thought he drivesssss.”

Another added: “All along I used to appreciate James Corden effort for being able to focus on driving and singing at the same time: but he’s not, now I feel betrayed. So even the Amigos, Mariah Carey, Michelle Obama and the rest was simply a lie.” Think someone is taking things a little too seriously.

But others argued: ‘It’s kinda obvious tho if u pay attention to it’, while one tweeted: ‘That was excellent for them,safety first!’.

Corden interestingly wasn’t too bothered and added to the drama with another big “revelation” on @latelateshow twitter:

Taking to Twitter after a video went viral showing James Corden and Justin Bieber being pulled by a big truck, producer Ben Winston explained that he does not drive only when they’re filming ‘special stunts’, for security reasons.

Ben tweeted: ‘James usually drives during Carpool! Sometimes when there is a stunt factor and its risky to drive, we will use a rig. But that’s only happened 4 times in 50 or so carpools!’.

He then concluded: ‘By stunt I mean – dance routines / costumes / props and so on ! Dont worry too much though. I’m quite sure there are bigger problems to worry about!’. 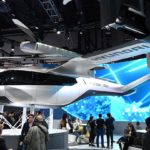 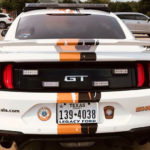